How it all began: 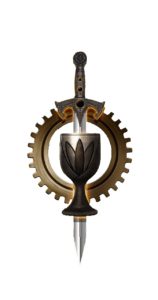 And then there was me. Still kind of new to the game, still in awe of how much I didn’t know. They teased me about it occasionally. Lovingly of course. I was fascinated that we four, who didn’t outwardly seem to have that much in common other than writing erotic romance, always seemed to have so much to talk about. And I, having a tendency to romanticize everything, starting to think about why.  We were as different as the elements. Air, earth, water and fire (though there would be arguments as to who was what). Then I thought, we’re kind of like the Musketeers aren’t we? Our personalities and our “All for One!” attitude. Only we write Smut. “All for Smut, and Smut for All!”

Once we started to call ourselves the Smutketeers, I instantly began to think of a story. My friends were the perfect characters of course.

I worked on it a bit, but we got distracted by the idea of a group blog. A group blog that became more than we’d ever imagined it would, but sadly it came to an end as our careers took us in different directions.

In the meantime I traded in the idea of a futuristic crew when we all got together at a writers conference, donned corsets and pointed our steampunky ray guns at the camera during our first group photo shoot for the blog. That settled it for me. My story had to be a steampunk fantasy. Alchemy, corsets and mayhem. The Dreamer. The Scholar. The Sensualist. The Wild Child. It was the perfect fit. 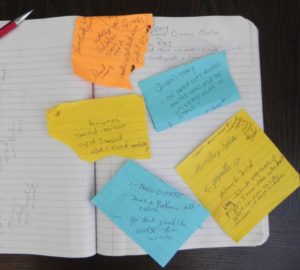 I wrote notes off and on for a year and a half. It started with the characters. Their names had to be perfect. Had to represent their personality, their element, and the world they lived in. Dare-Demeter and Seraphina had just popped into my head, and I knew they were right. Then I found the captain’s. Captain Nerida Amaranthe’s entire name reflects, not only her element of water, but two amazing flowers. The water lily or lotus, which is a recurring symbol of importance in the story, and the Amaranth-which is praised in myth and poem as being immortal. Another recurring theme in the world. Immortality.

The men’s names were important too. For the first hero, I decided to use a name that I’d been holding on to, in one variation or another, for years. I’d always loved Bodhi, a name that means enlightenment or awakened. There is also the name Bohdan that means God given. Since I was including multiple mythologies and cultures in my world, I combined them and came up with Bodhan. It fit his roguish character perfectly.

The world began to evolve as I named and created these characters. And then it grew. And grew. And grew. Until it became a place I got lost in. Not just a town or a society but a strange world of black deserts, jagged mountains, and uncharted landscapes. A harsh but beautiful place filled with one mystery after another. Including a queen who never aged and a government-The Theorrean Raj-who kept society separated into castes, and held back progress for the masses in favor of their own hidden agendas. I can’t tell you too much more without spoiling the story for you.

Let’s just say what started out as a fun, clockworky-swashbuckling homage to my friends, has become a whole universe with characters that took on lives of their own. The ones I’d once known, and the ones that the world of Theorrey introduced me too.

I hope you enjoy it, because I know I can’t wait to get back. 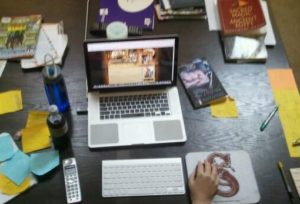