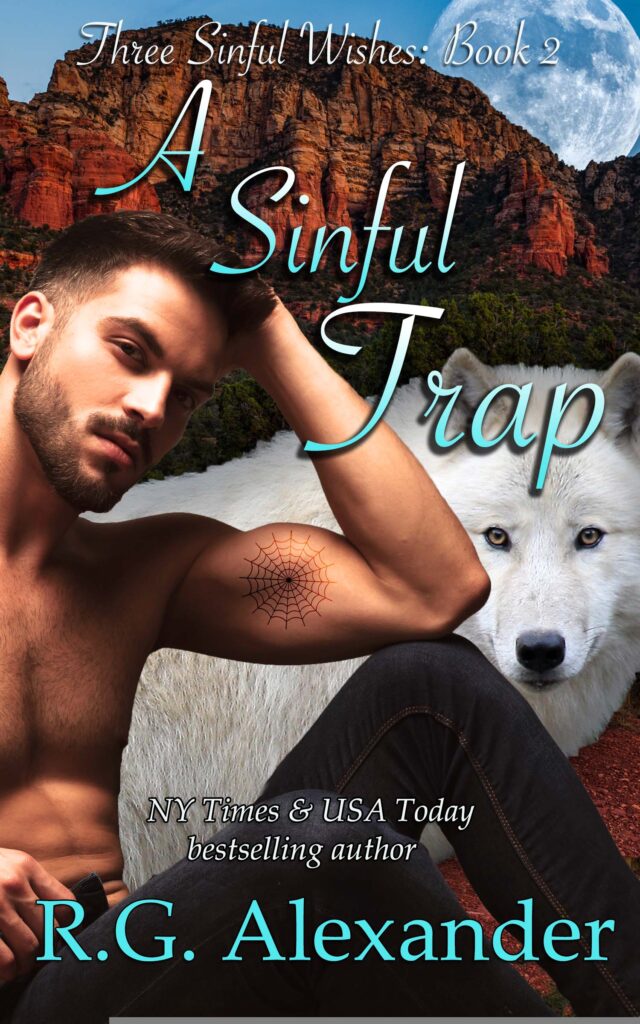 Cameron Locke is certain about three things: He’s a wolf who’ll never lead a pack. The lynx, Davide, is the love of his life. And true mates are nothing but an old shifter myth. Then Bailey Wagner lands in his arms and he catches her scent…

Bailey came to Sedona as a down-on-her-luck teen. Ten years later, she runs the Enchanted Inn, she has a five-year plan, and everybody knows her name. She’s safe, she’s happy—and she has two best friends who believe in magical wishes. Other than that, everything is under control.

Until a man in fancy boots finds her hanging from the ceiling in her underwear.

Trying to date one lusty mate can be hard on an innkeeper, but two? It’s an impossible situation, even without the angry spider, creepy attic ghosts and one familiar, interfering coyote.

*Mating, but with super sexy consent. MMF bisexual shifter ménage. Cats and dogs living together. Very little hysteria, but a lot of laughter. And nudity. So much nudity.

*This book has been completely rewritten, based on a novella in the 2011 Three Sinful Wishes anthology. Seriously, only the names and location are the same. It’s also been hugely expanded— as in THREE TIMES LONGER than the original novella. I can’t stress this enough—this is a completely different, brand new novel in the Three Sinful Wishes world. If you think you know this story, you just have to trust me on this one. Totally. Different. Book.