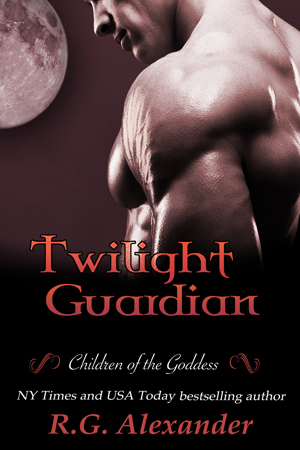 In Book 3 of the Children of the Goddess series, the mysterious Sariel guards are defined by loyalty and their sense of duty. To protect those they love, is any price too high?

TWILIGHT GUARDIAN is filled with tantalizing moments, intrigue, and fantasy. R.G. Alexander paints a vividly enchanting world of which I immediately found myself immersed in.

If you haven’t read a tale by Ms. Alexander than I do recommend that you take the plunge. Her work is imaginative and highly sexual and she never fails to write a page-turner.