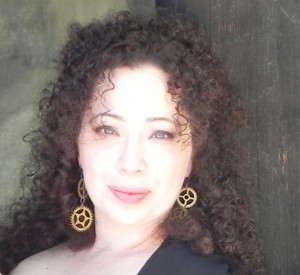 Since her first release in February 2008, RG has written over 45 stories, served on the board for the Passionate Ink Chapter of Romance Writer’s of America, was a moderator for the award-winning writer’s forum Romance Divas, and has been on several character and world building panels at The Romantic Times Convention. She has also been featured in RT Book Reviews magazine, and has been referenced in a scholarly article for promoting positive feminine sexuality.

Finalist for the 2014 Golden Flogger Award:

Nominated for 2013 Bookie Award for Best Steampunk Novel Of The Year:

Winner of Passionate Plume Award for Best Paranormal/Time Travel 2012 for:

Nominated for a Psyche Award and best cover art of 2009:
~Piercing the Veil

Nominated for 2008 CAPA Awards for:
~Regina in the Sun
~Lifting the Veil