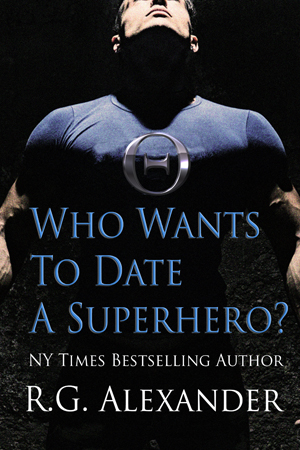 Gaia City. A place where technology is advanced, superheroes commonplace and the masses are addicted to Who Wants to Date a Superhero?, a reality show that lets women compete for the chance to win a date with one of Gaia’s Guardians.

Shy Cassie Tidwell never thought she’d be humiliating herself on live vid for the chance to have dinner with the mysterious Theta Wave, but she made a promise she would do anything to keep. Even if it means the man she’s secretly lusted after for months never wants to see her again.

Graham’s wanted Cassie from the moment he set eyes on her. He’d planned to go slow, but that plan fell apart the moment he discovered that the object of his obsession had mysteriously volunteered to be on the show. Now he’s willing to do whatever it takes to make her admit she’s his and discover her secrets.

Graham knows all about secrets. He has a few of his own.