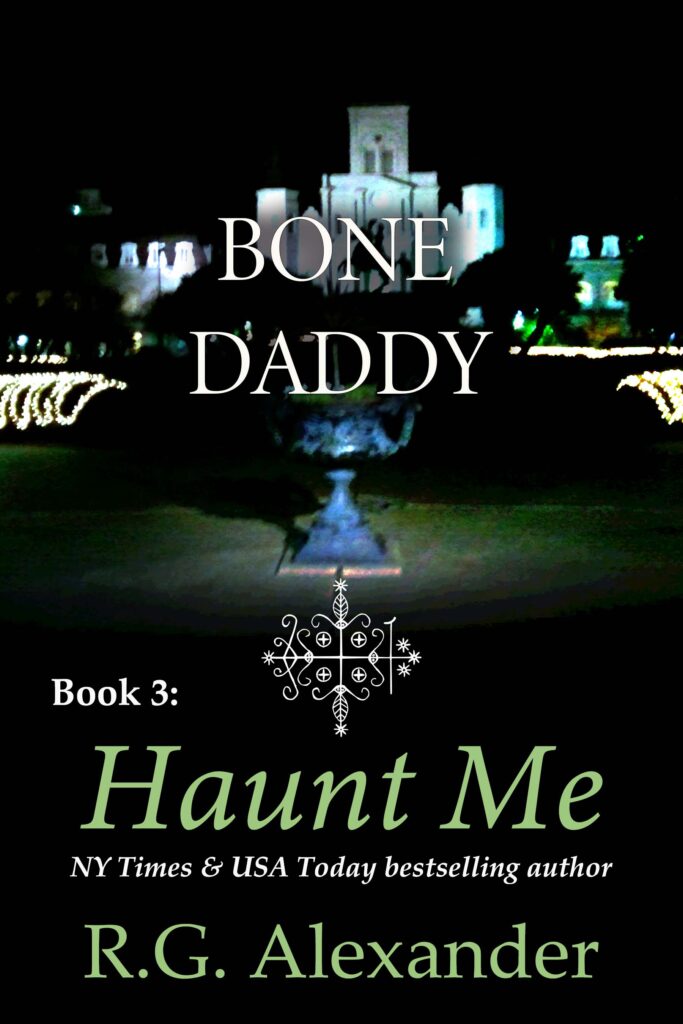 Revised and Extended Version of the 2nd story in the Bone Daddy series!

Michelle Toussaint left New Orleans to protect her heart. Years later, she’s come home to escape the darkness that haunts her. A darkness only she can see. The last thing she needs is a Loa following her around, looking for attention and determined to play matchmaker with the one man she can’t touch.

Ben Adair has been waiting for Michelle for years, but every time he comes close to mending what was broken between them, his beautiful artist runs in the other direction. He’s done keeping his distance. When he gets his hands on her, he’ll never let her go again.