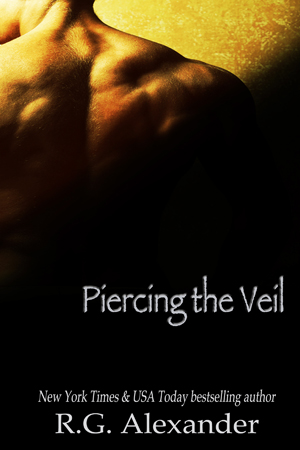 Sexy and mysterious always got to her. Like that blond Viking she’d seemed to run into every time she’d turned around today. In the Gypsy camp, the faerie court, with the king. Everywhere she’d gone to look for Crystal, that glorious, golden specimen had passed.

It wasn’t unusual to see the same faces as you wandered through the circular Faire grounds, so Linnea thought nothing of it. But she did notice how her breath seemed to catch if he happened to glance over and find her staring.

She noticed how he seemed to stand out, though his costume wasn’t unique by any stretch of the imagination. Leather pants and boots, the thick strap of his sword’s sheath crossing his broad, well-defined torso.

His well-defined, completely bare torso. She hadn’t realized abs could be so chiseled, that a body could be that perfect—at least, not outside of airbrushed posters and movie screens.

And that tattoo. The hawk on his biceps was so detailed and alive that she was sure it would leave its perch at any moment in search of prey. Just thinking about him actually made her thighs tremble. She shook her head at the unusual reaction. How odd.

Linnea ran her hand over the simple linen bodice of her dress, noticing for the first time how lovely it felt against her skin, how sensitive her nipples were as they poked against the natural fiber. She’d often groused about the fact that she had no need for a corset. There was, quite simply, nothing to pull in or push up. Her figure was hopeless. She was plain brown wrapping from the top of her short brown crow’s nest of hair and drab, dishwater gray eyes to her skinny chicken legs.
The only body part with any feminine cushion was her posterior, though no one could see it in her daily costume, which seemed a shame to her now.

She patted her bottom consolingly as she meandered into a cozy little sanctuary, complete with a wooden bench and a lovely statue of a nymph. She knew that just behind that nymph was a barely visible path, a path that many of her friends chuckled and gossiped about around the fires at night.
As Linnea snuck her head around the coy expression carved in marble, she wondered what was back there. Her mind returned instantly to thoughts of her Viking. What wouldn’t she give to spend some time in the woods with that one?

A wave of dizziness hit her and she turned to hold the statue’s shoulders for balance. Linnea laughed under her breath, her feet crossing each other and tangling in her sky blue skirt. She felt herself falling, wondering why she wasn’t more put out with gravity’s strange whims, when all at once she stopped.

She opened her heavy lidded eyes and grinned. It was him. Her Viking. His thick, strong arms were holding her up from the ground, his smile perplexed.“Are you all right, my lady?” He rose, taking the nearly horizontal Linnea with him until they stood upright once more, his arms still wrapped around her.“Not my lady.” She told him slowly around lips that tingled for some unaccountable reason. “Li-nne-a. Are you, by any chance, following me, Viking?”She hoped the teasing tone of her voice would let him know that the idea didn’t bother her at all.She stared openly. He was just as perfect close up. At any other time, she would have been thoroughly intimidated by someone like him. Suspicious at the very least. Movie star good looks in a man had never worked out for her. But he didn’t look smoothly controlled or plastic. Far from it.

He looked like a warrior. And his expression as she continued to watch him was anything but practiced. His eyes, a rich, dark brown, flashed amber, narrowing with new purpose on her. He looked…hungry.

Just that quickly, she was hungry too.

Piercing the Veil is a stunning follow up to Lifting the Veil. R.G. Alexander made me very happy when she revisited her world. Ms. Alexander never disappoints