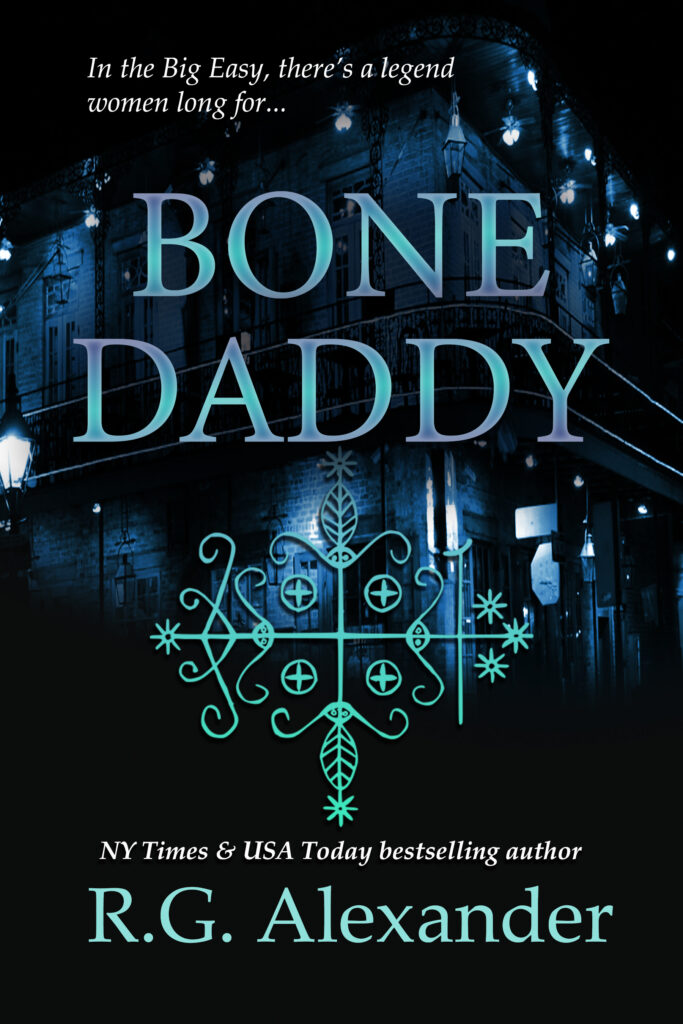 Michelle Toussaint left New Orleans to protect her heart. Now she’s come home to escape the darkness that haunts her. The last thing she needs is a Loa following her around, looking for attention and determined to play matchmaker with Ben Adair. The one man she can’t touch.

Waking up naked in a graveyard changes a man. In return for his interference, All Saint’s is the only day Bone Daddy gets to experience life as an ordinary human before he’s condemned to eternity on the other side.

Warning: Explicit sex, New Orleans magic and an irresistible voodoo loa who can't seem to stay out of trouble.

* This book was previously published in 2010 as part of the book titled Possess Me by R.G. Alexander. It has been extensively revised, edited and is significantly longer than the original version.