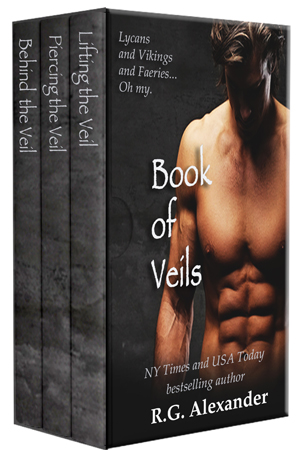 Part of the Temptation Unveiled series:

Sheridan’s world is turned upside down by one magical book and the sexy supernaturals who come with it. Now the latest piece of the prophecy seems to point to her saving the day, but she doubts her supposed powers—and the new man in her life.

As a warrior, Finn learned the art of patience, a skill that has served him well for millennia—until Sheridan’s impenetrable mind and fierce beauty capture his passion. But Sheridan seems uninterested in the growing lust between them. When Finn discovers it isn’t lack of desire, but the dark secret she harbors that stands between them, nothing can keep him away.

Surrounded by enemies and endless temptations, Sheridan will have to fight to conquer her fears and embrace her wildest needs with Finn. As the prophecy begins to unravel around her, she’ll be faced with the hardest challenge of all…accepting her destiny.