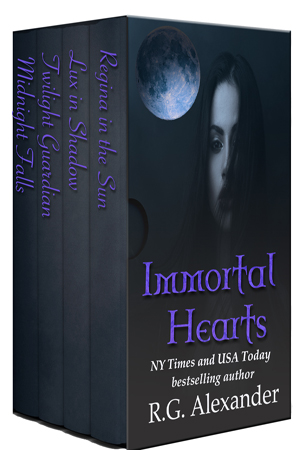 Part of the Children of the Goddess series:

Regina in the Sun

Because of his own carelessness, Lux Sariel lost his lover, and put his family in grave danger. Now he’s been sent on a mission to find and protect his mortal enemy’s sister with a sexy Alpha that won’t take ‘no’ for an answer.

Warning: Explicit M/M/F sex, werewolves and vampires and nookie…oh my.