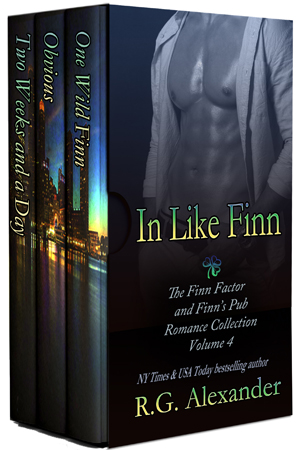 How do you ask a guy out on a date with your foot in your mouth?

Matthew Finn is about to find out. He’s got a crush and a prickly pickle problem, but with a little help from his newfound family, he’ll convince Oliver “Legs” Garcia that he’s his Mr. Right.

Two Weeks and a Day

That feeling when you're a thirty-year-old gay virgin with no social life, nosy neighbors and a lot of awkward, secret fantasies revolving around your straight best friend? Yeah, that's me right now.

Brendan Kinkaid was there for me during the darkest period of my life, so when the sexy pilot shows up suspended and needing a place to crash, there's no question I'll take him in.

That's when things get weird.

I'm tempted to give in, but no matter what he says, I know he's not looking for a permanent place to land. And I'm not sure I can live with what I'll lose when he flies away again.