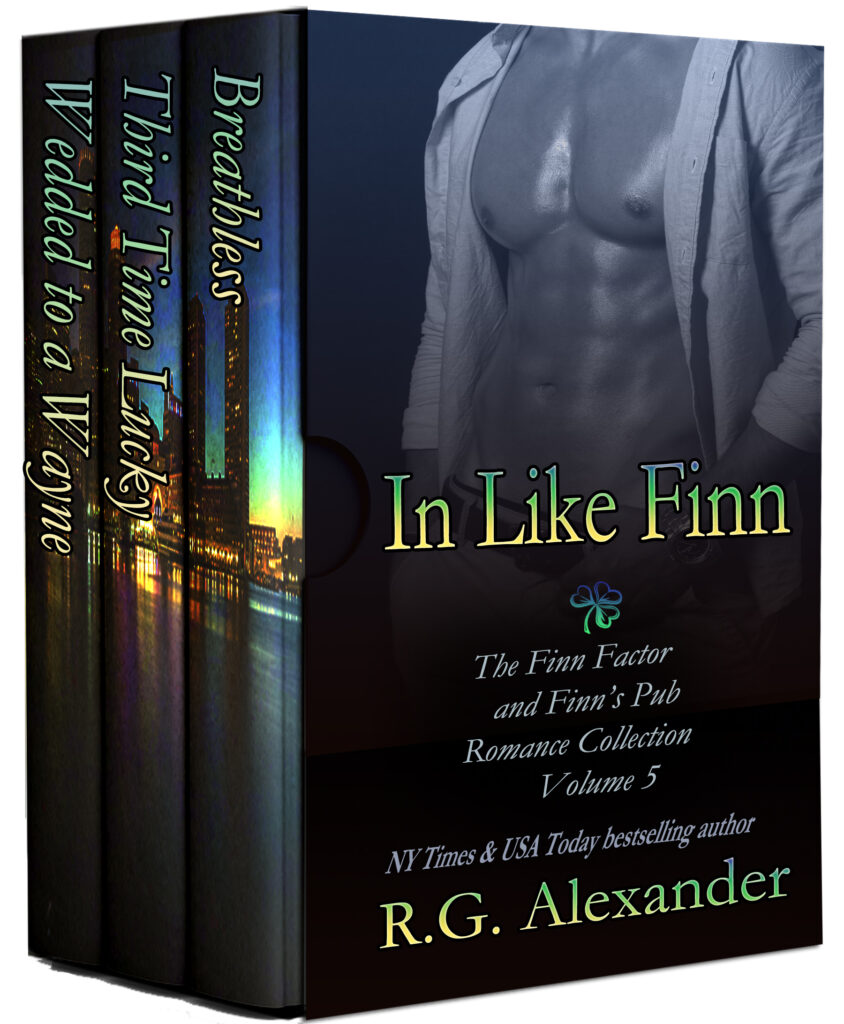 Breathless
What Makes You Breathless?

Firefighter Wyatt Finn has been chasing Fiona Howard for a while now. But so has Thoreau Wayne. The only thing they seem to have in common is the beautiful, commitment-phobic bartender, and they'd both do anything to make her stay.

After barely escaping a burning building with his brother and his life, Wyatt starts to rethink his priorities.

When Thoreau approaches him with an idea to change their tense triangle into a true triad, he’s willing to give Plan WTF a chance.

But Fiona has secrets that could end it all before it even begins...

Warning: This is a man's world. Explicit sex. Beer. Fire. Tapas? The dropping of the trou along with potential sword touching and bisexual elephants in the room (not real elephants silly). Interfering Waynes and Finns, group texts, mystery baby daddies, and three characters who've been sidelined throughout the series finding love in a hopeless place.

*Note: This book has heavy interaction with previous characters in the Finn Factor and Finn's Pub Romance series.

***
Third Time Lucky
Ever had a thing for the man next door?

My sexy new neighbor is confusing the hell out of me.

Elliot Ransom is a baseball player and a single dad, but he doesn’t know his butter beer from a snozzberry. It’s clear he needs my professional help with the young daughter he’s just getting to know. What isn’t clear is what else he’s after.

Did I mention he’s straight? At least, I think he is. The midnight balcony meetings, awkward glances and affectionate bro-hugs are starting to throw me off. But I can’t let my guard down with yet another man who isn’t sure who he is or what he wants. All I know is, I don’t want “Great with kids, Unlucky in love” to be my epitaph.

So Joey + Elliot? It’s not going to happen.

*Author note: Joey is JD Green’s foster brother, so you might want to read One Night at Finn’s
***

Wedded to a Wayne
Tanisha Chahal is a successful businesswoman, a lip balm and reality show aficionado, and filthy rich. She doesn’t need a man.

So why is she proposing to Emerson Wayne?

Emerson is a family man and the father of two wonderful boys he’ll do anything to keep.

But that isn’t why he’ll say yes.

It’s more than an arrangement from the start, and the chemistry between them is hot enough to melt the ice. But with a meddling brother and a resentful ex tossed into the mix, it’ll take some special Wayne know-how and the magic of the season to get what they both want for Christmas.

Warning: Like your favorite tropes with a holiday twist? This is the book for you. Except for the explicit dirty talk and sex, this romance is actually pretty sweet.

Extra Warning: Tanisha's story begins in Third Time Lucky, Book 3 of the Finn's Pub Romance series. And Emerson Wayne's entire family is heavily featured in both the Finn Factor and Finn's Pub series. In case you wanted to catch up.